Each year Steele Rubber Products sponsors a team in the Lincolnton Relay for Life. Every staff member contributes through participation and donations.  It is an important event for the company  and an exercise in team building. Debbie Lail, HR Manager and daughter of Lynn Steele,  founder of Steele Rubber Products, explains why the event means so much to this small family business. 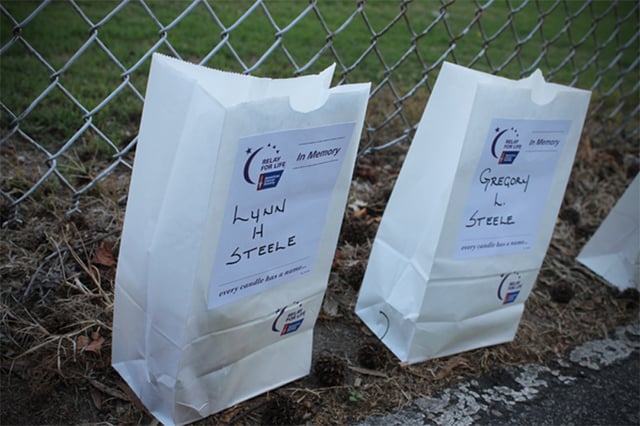 A TRIBUTE TO LYNN STEELE

We all have experienced cancer in one form or another, self, family member, friend; cancer is an equal-opportunity disease.   Although I knew people who survived it or were lost to it; until my dad was diagnosed with it, cancer didn’t hit me the same way.

Four years into his retirement, my dad, Lynn Steele, was diagnosed with renal cancer. Even before his diagnosis, his worst fear was the possibility of a terminal illness, the long suffering of treatment or periods of remission dotted with recurrence.

He watched his two best buddies, his brother, Jerry, and cousin, Doug, battle the demon over 10 years. He didn’t want that to happen to him. Well, he didn’t have to worry about that.  Dad’s passing resulted from complications of surgery, and it was only 10 days between the diagnosis and his death. It could hardly have been more sudden, or unexpected, than if he’d been in a fatal car accident.  We were in shock.  Whether Dad had any suspicions, I’ll never know.

From time to time, I pull out the video from his retirement party, watch him make his speech, seriousness punctured with self-deprecating humor, just to hear and see him talk. And gain some perspective.

Thirteen years later, we’d lose my only brother, Greg, to cancer.  Just as painful, our own mortality made that much clearer, as our middle sibling was the first to leave us.  I’ll always remember his humor and his dignity, during the four years he managed his illness.

My parents both came from large families, Mom, one of 5, and Dad, one of 13.  Dad was a product of The Depression, which made him self-motivated, self-reliant, and no doubt, a fiscally responsible business man.  Mostly, he just loved the businesses he was in.  His company, now in its 54th year, employs some of his children and grandchildren, something, I know, would make him proud.   He always wanted us to pursue those careers that would bring us personal satisfaction, and never pressured us to “join the business”.  Sometimes, its success surprised him, and he was astonished to have to make succession plans, and consider his own retirement.  He would have been just as happy to continue working until he “dropped in the saddle”.

My sister, Carolyn, described our parents as Dad being the head of the family, while Mom was the heart of the family.  My dad was the disciplinarian, strict, and could slay you with a look, but Mom taught us consideration for others, looking for the best in a situation, and forgiveness, not so much in lessons taught, but by actions observed.  Mother was always close with her family, so we were too.   My father’s family was spread out geographically, so we didn’t know all of them, but visited with many of them, and Dad told some great stories about his childhood, and the kind of shenanigans he could get into (these last stories, AFTER our teens).

This sense of family has proven to carry through, as my sisters and brother dealt with the loss of my dad, my mother’s period of declining health and subsequent death, and then my brother’s death, along with the usual array of life’s roadblocks and temporary wrong turns explored by our children. Through all of it, the ups, downs, painful acceptance and forgiveness, my siblings and I, and our children, remain our closest friends, the ones we hang out with, and turn to in troubled  times.

I think those relationships are the greatest tribute to Dad and Mom.